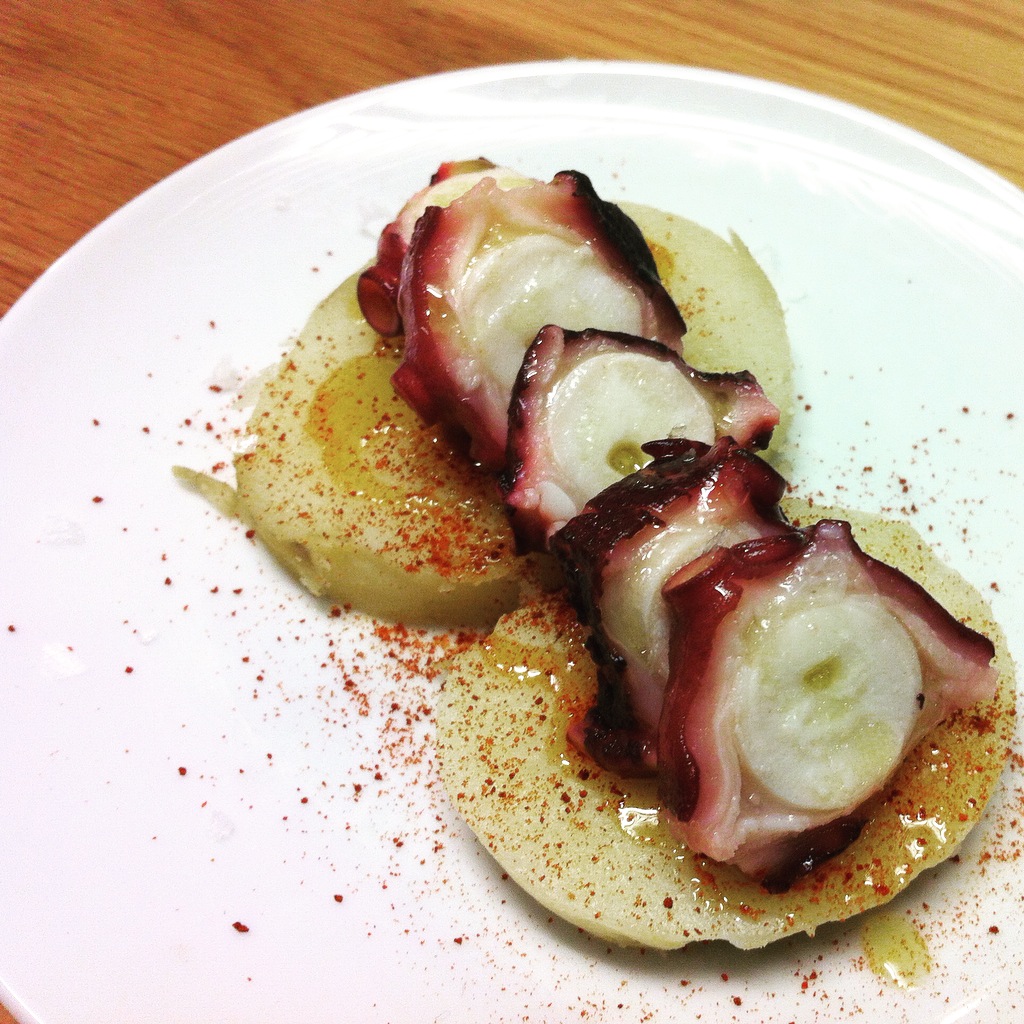 By Bego SanchisOctober 22, 2015No Comments

The dish is traditionally served on wooden plates, along with sliced boiled potatoes (with their skins, and known as cachelos) and bread. The traditional plates are disappearing in some places for hygienic reasons. We suggest enjoying octopus accompanied by Ribeiro wine.

The provinces of Ourense and Lugo have by and large a reputation for good octopus cooking. Fair style octopus is the totemic food of the patron saint festivities of Lugo (San Froilán).

To tenderize the octopus is best to freeze it before cooking. To cook it, bring a large pan of salted water to a boil, add the frozen octopus and cook for about 35 minutes, or until tender. Add the peeled and cut potatoes and cook together for 15 minutes.

Remove the potatoes en set aside. You will need to test it, as the length of time depends on the age and size of the octopus. Drain well and rinse under cold running water. Remove and discard any remaining dark skin and cut the meat into small pieces with kitchen scissors.

Place the pieces in a bowl, pour the oil over them, season with salt, if desired, and sprinkle with hot paprika to taste. Mix well to ensure the octopus is thoroughly coated and serve immediately.

If this is not possible, transfer the octopus and oil to a heatproof bowl, cover with aluminum foil and keep warm in the oven until needed.

Then cut the octopus with some scissors and serve over the potatoes. Drizzle olive oil, coarse salt.