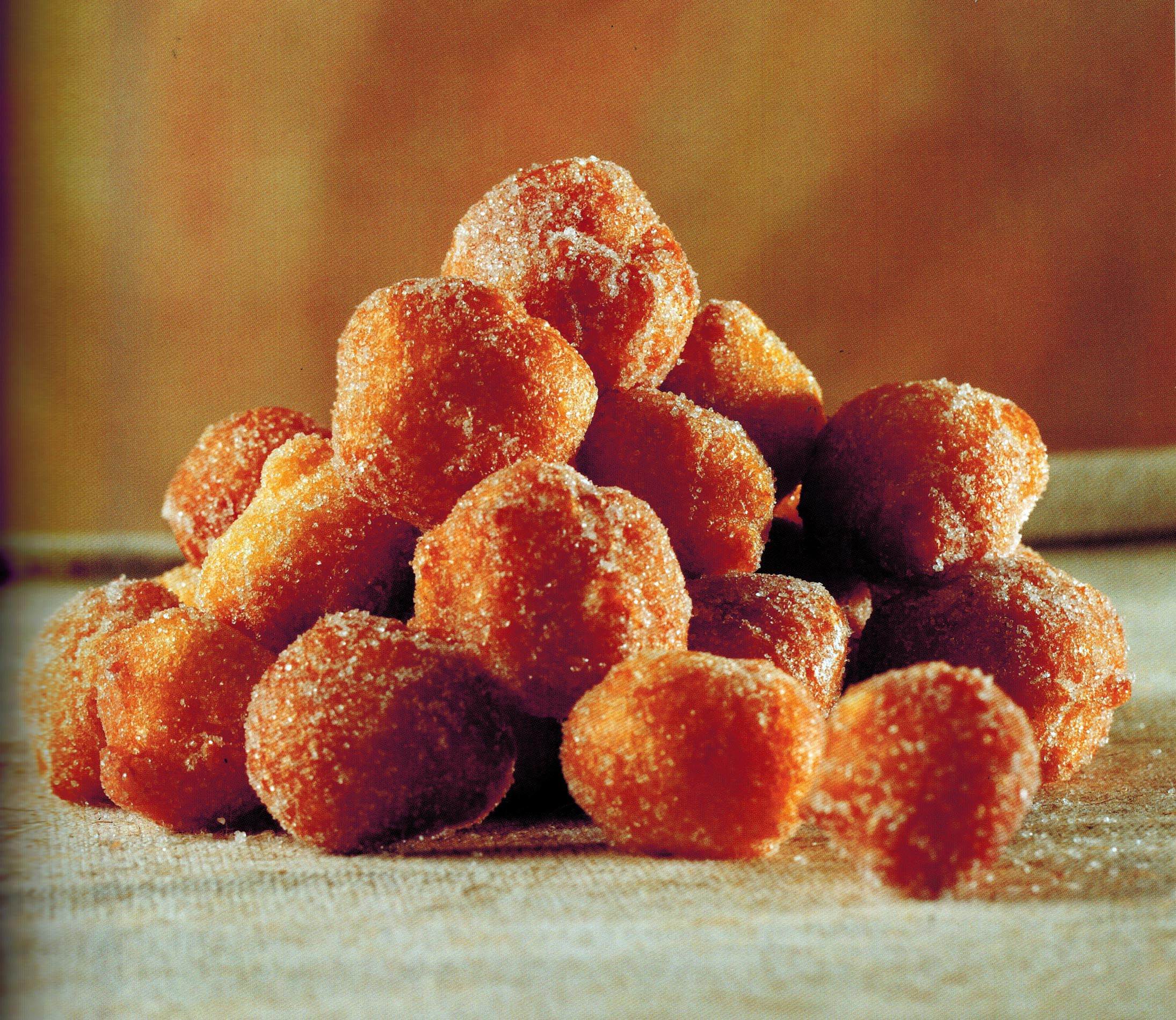 ‘Bunyols’ are simply free-form littler fritters of egg batter dusted with sugar.  These delicious fried pastries are also called Bunyols de Quaresma (Lent)  because it is said to have been invented as Lenten fare – a kind of compensation for all that fasting and abstinence-. However, nowadays we eat them as after-dinner treats, desserts or as afternoon snack!

Place water and butter in a saucepan over medium heat. Cook, stirring, until butter melts and mixture just comes to the boil.

Add all the flour, a pinch of salt and aniseed grains to the butter mixture at once and use a wooden spoon to beat until well combined.

Place over low heat and cook, stirring, for 1-2 minutes or until the mixture forms a ball and begins to come away from the side of the saucepan. Set aside to cool slightly. Add the eggs, one by one, to the flour mixture, beating well with a wooden spoon. Beat until the mixture just falls from the spoon but still holds its shape.

Drop teaspoons of dough into hot sunflower oil and fry until golden. Drain on paper towel and coat in sugar.

You can add some powdered cinnamon to the sugar.